Professor Vukotic, Rector of the University of Donja Gorica, received the prestigious European Hayek Lifetime Achievement Award as part of the tenth international conference held at the Central Bank of Austria entitled "Austrian School of Economics in the 21st Century". Professor Vukotić is the first winner of this award from Southeast Europe, and it was presented to him by the Governor of the Central Bank of Austria, Professor Robert Holzmann, signed, among others, by Nobel Laureate Vernon L Smith.

The introductory speech, ie the presentation of the award winners, was given by Professor Hannes Gissurarson, a professor at the University of Iceland, as well as a guest lecturer at the following universities: Stanford, UCLA, LUISS and George Mason. He pointed out: “The Austrian Economic Center in Vienna has been awarding the annual Hayek Lifetime Achievement Award for more than a decade. Previous award winners include scholars such as: Niall Ferguson, Deirdre McCloskey and Arthur B. Laffer, public intellectuals such as Mario Vargas Llosa, and entrepreneurs such as Peter Thiel and Richard J. Stephenson. This year's winner of the Award is outstanding in that he is not only a scientist, but also an intellectual and an entrepreneur. Coming, like Vukotic, from a small European country, or in my case, Iceland, I think I can appreciate more than most his efforts to build a free society in his country. He is a professor and an entrepreneur. This award is well deserved. ” 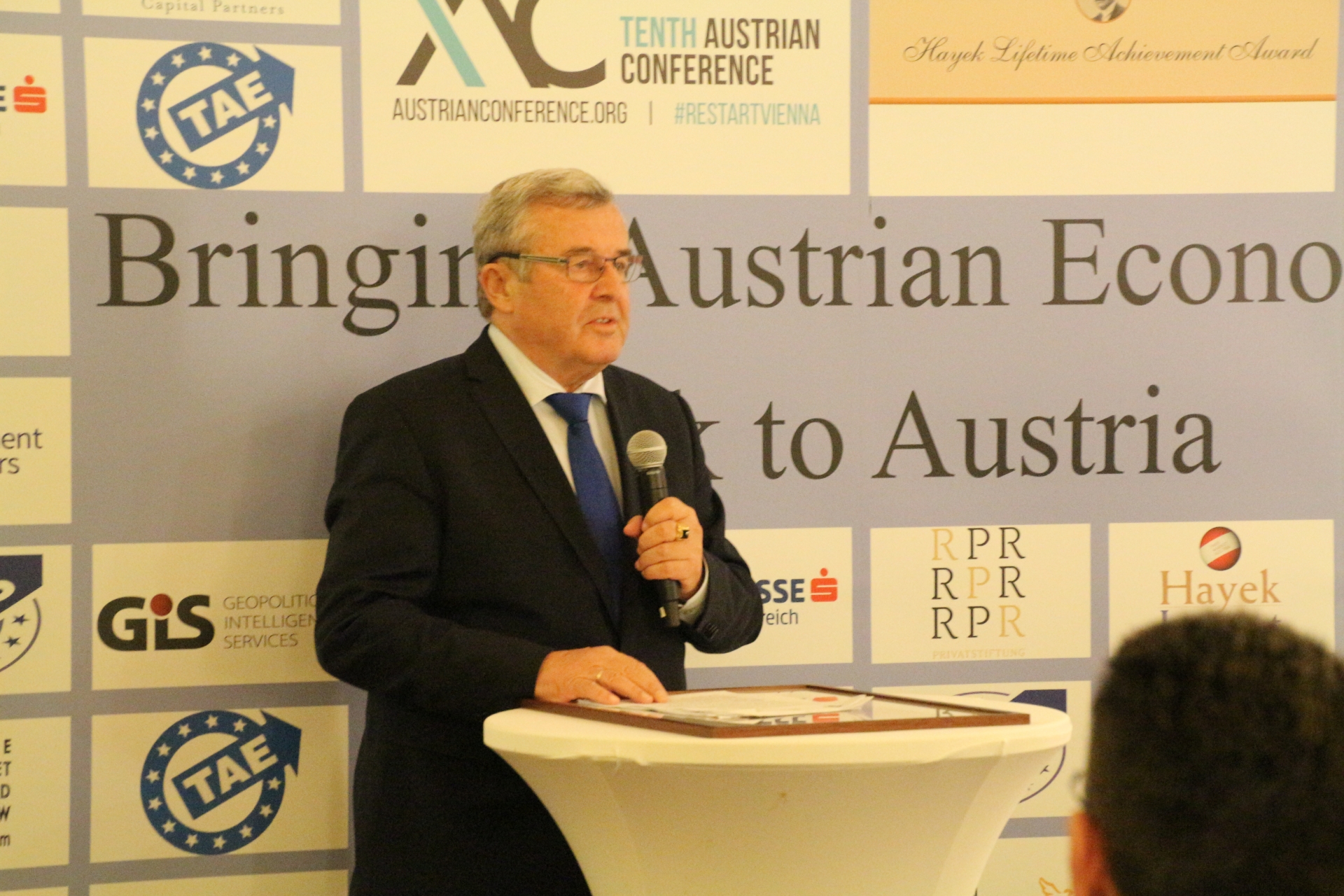 In a series of achievements of Professor Vukotic, among other things, the generations of students with whom he dedicatedly worked and mentored them in the spirit of the idea of a free and prosperous society are highlighted; membership in the Mont Pelerin Society, founded by Friedrich von Hayek, Karl R. Popper, Ludwig von Mises, Milton Friedman, Bertrand de Jouvenel; the establishment of one of the most important research institutes in Montenegro, the Institute for Strategic Projections, which has been running for 20 years; the founding of the University of Donja Gorica, which today has about 3,000 students and excellent international connections that it has always put in the service of young people and their personal and professional development.

During his acceptance speech, Professor Vukotic said, among other things that: “This is a lifetime achievement award. I still see it as a challenge for future deeds, because life is about what else you can still do in it. Throughout my life, I have followed and will follow Hayek’s great thought that knowledge is in the minds of individuals, and the most perfect mechanism for coordinating those minds are market processes. I have always stuck to the maxim in life that processes are the only reality. That is why I accept this award as a source of new entrepreneurial processes in my life. "

The conference program, "Austrian School of Economics in the 21st Century" can be downloaded from the following link: https://www.austrianconference.org.